The Commonwealth Games 2022 represents a once-in-a-lifetime opportunity to not only showcase the West Midlands on the global stage but also see massive investment and regeneration in Perry Barr and further afield. 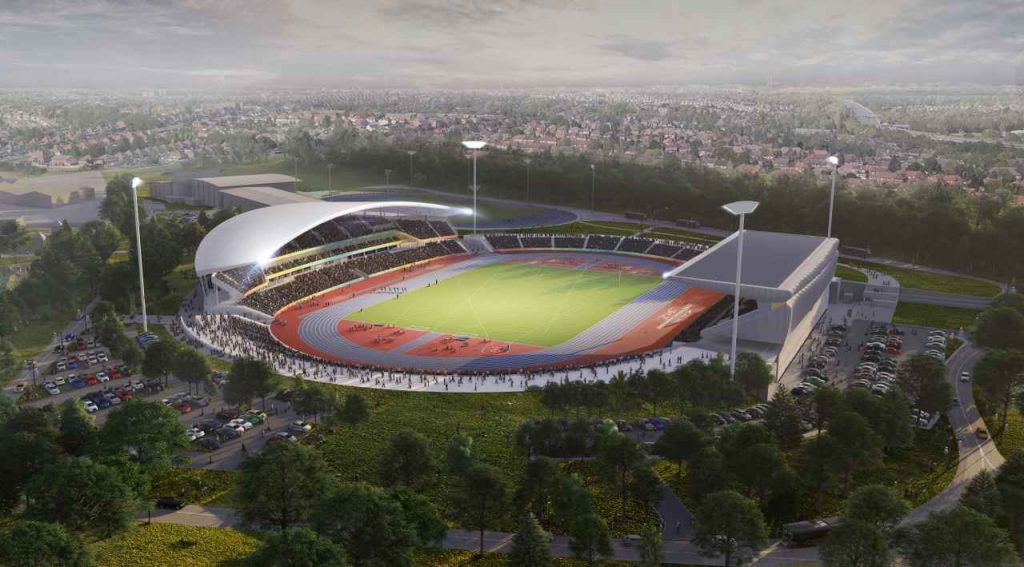 Next year’s Games, which promise to boast the biggest ever sports programme in Commonwealth Games history, hope to leave a lasting legacy for Perry Barr, Birmingham and the wider West Midlands Region.

Bosses behind next year’s Birmingham Games have set out an exciting vision for not just sport but for the development of the area – typified by exciting projects such as the major redevelopment of Perry Barr’s Alexander Stadium and the ongoing building work to create the new Sandwell Aquatics Centre which will have various facilities, such as a 50m Olympic-sized swimming pool, to the people.

Organisers of the Games say the competition will be the ‘Games for Everyone’, as it will deliver the largest fully-integrated para-sport programme for any Commonwealth Games and, for the first time, in global multi-sport event history, more medals will be awarded to women than men.

The Games is community focused and through it, it hopes 35,000 much needed new jobs and skills opportunities, including volunteering and training opportunities, will be created. A tonic despite Covid.

The Gazette now looks at what key players in the Games, includes sports’ people themselves, think the sporting extravaganza will bring to Birmingham, the UK, and to its people and communities. 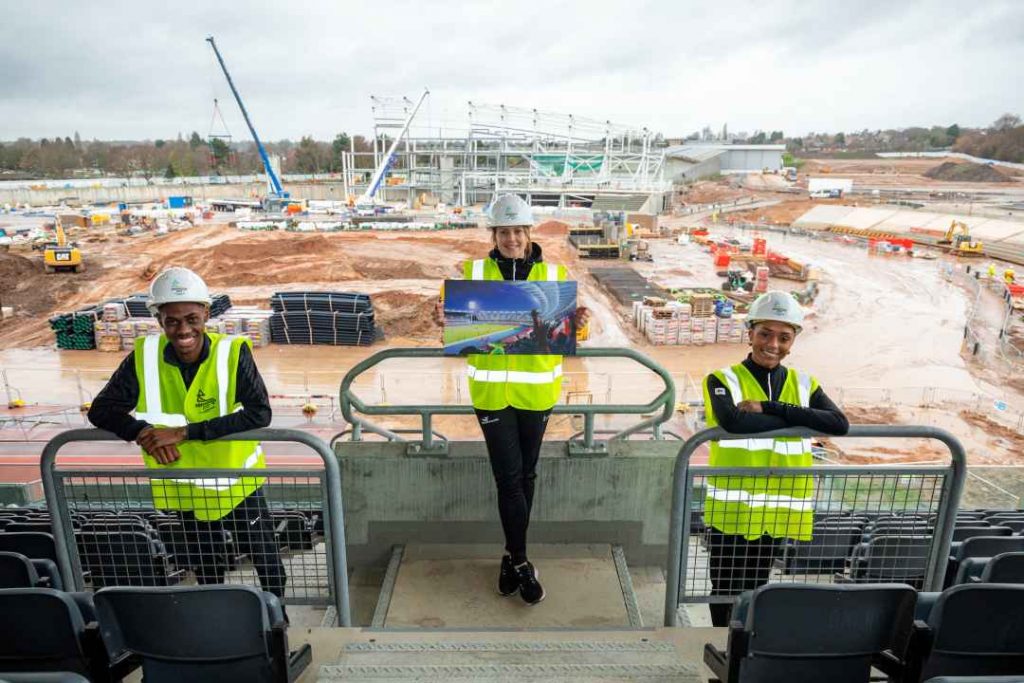 Kofi Joseph’s relationship with basketball began at primary school. In his 18 years of playing the sport, Aston-born Kofi has competed in the British Basketball League for Worcester Wolves and took part in the Gold Coast 2018 Commonwealth Games.

Despite living in Manchester Kofi remains a Brummie at heart.

Kofi said: “(Birmingham) defines me as a person. A lot of my core values and beliefs are engrained in me because of Birmingham.

“The people are so diverse. I love Brummies. Wherever I go you know where I’m from and I represent it. We’re just so diverse and multicultural, we have got a certain swag to us.

“Birmingham has a lot to offer and it will be great to let people know about our diversity, the culture we have and how talented the young people are.

“This will be a really good way to finally have the opportunity, on a world stage, to show what we can do.”

A key element of the Games is its focus on the importance of the environment and, as a result, organisers are keen to make Birmingham 2022 the first carbon-neutral Games.

Severn Trent has formed a new partnership with the Games and will be Birmingham 2022’s Official Nature & Carbon Neutral Supporter.

They will be responsible for delivering a host of initiatives to help the Games off-set the carbon generated and Severn Trent hopes to leave a ‘positive social and environmental legacy of sustainability in the West Midlands.

One such bold initiative will see the creation of 2022 acres of forest, as well as 72 tennis court sized mini forests, to be built in urban areas across the West Midlands. 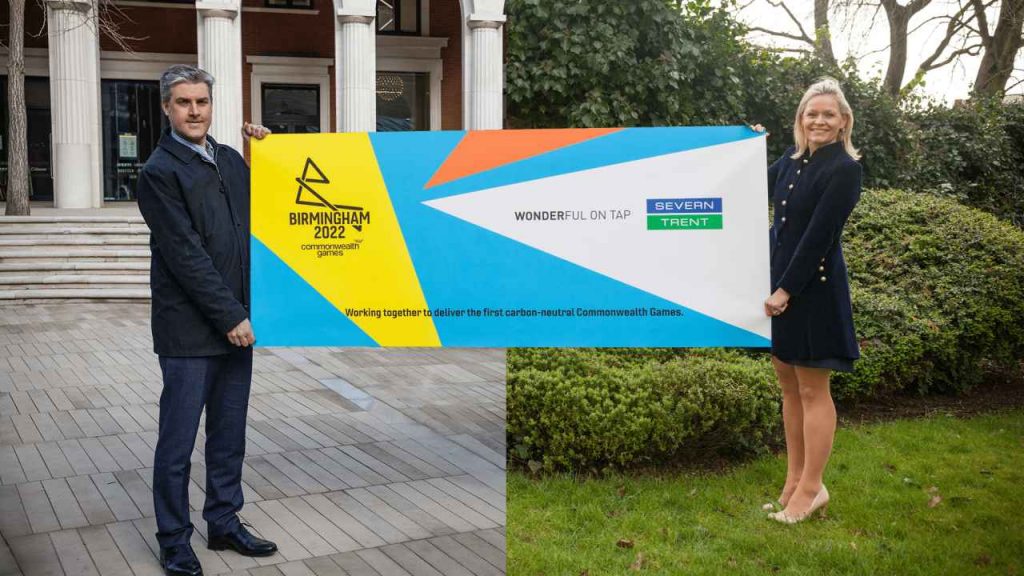 Liv Garfield, CEO of Severn Trent, commented: “We’re delighted to be partnering with the Commonwealth Games and to play a leading role in helping make Birmingham 2022 the most sustainable Games ever.

“We’re passionate about making a positive impact on the communities and the environment where we live and operate, and to the lives of everyone that we serve.”

Nigel Huddleston, Minister for Sport, Tourism and Heritage, said: “The Birmingham Commonwealth Games will provide some of the most memorable moments in what is set to be an incredible year of celebration for the UK in 2022.

“I’m delighted to support Birmingham 2022’s ambition to be the first ever carbon neutral Commonwealth Games.

“I hope this will set a new standard for major events as we look to build back greener and play our part in building a more sustainable future for us all.”

Ian Reid, Chief Executive of Birmingham 2022, said: “We’re on track to stage a magnificent edition of the Commonwealth Games and we have seen huge interest in tickets in recent weeks.

“Now, more than ever, people are searching to look forward to and that is certainly what we will deliver.

“There are millions of sports fans out there who, because of the pandemic, have not been able to attend events for 12 months and with things moving in the right direction, we are anticipating a huge amount of interest when our tickets go on sale later in the year.

“We have always had strong ambitions to set new standards in all that we do with the Commonwealth Games and make significant progress in areas that matter.

“Our plan not only outlines how we will continue to support the regionwide economic recovery, but also demonstrates how we will leave a credible piece of social and environmental legacy.”

For further information about the Birmingham 2022 Commonwealth Games please visit the Games website at www.birmingham2022.com

A great balance of advertising and information – you can tell it’s run by someone local. We always read it and keep it for reference.