Andy Slater from Smethwick has designed flags for 23 towns in the Black Country.

Taking inspiration from traditional coats of arms, he worked over the Christmas period preparing his designs of places such as Bilston, Brownhills and Walsall. 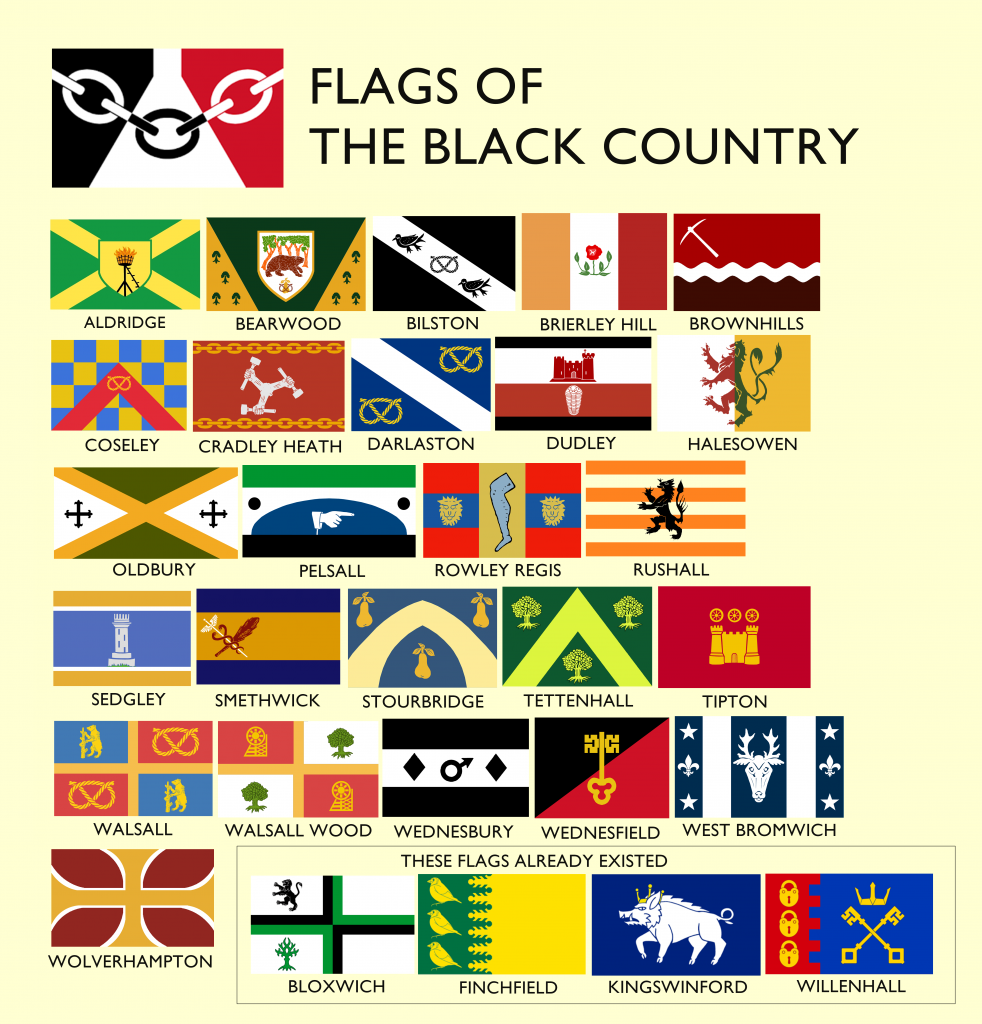 Speaking to Radio WM, he explained that he spends a lot of time involved in graphic design and designing maps. With time off over Christmas, he wondered what it would be like to design a flag for Smethwick. “It then snowballed”, he said.

“A lot of the areas in the Black Country are historical parishes and each of these parishes at one point had an urban district council and those councils had crests,” explains Andy. “These crests tended to be based on something historical, related to each place.”

During the interview, he then explains that he then went on a mission to create Black Country flags based on other towns in the area, tying them in with local history and these historical crest designs. For example, the Aldridge flag shown in the picture above is based on the coat of arms of the former Aldridge-Brownhills urban district council, which showed a beacon in its centre.