A magazine sent to the tenants of the Pheasey Estate in 1947 has resurfaced after many years, offering a fascinating insight into what was happening in the community shortly after the end of the Second World War. 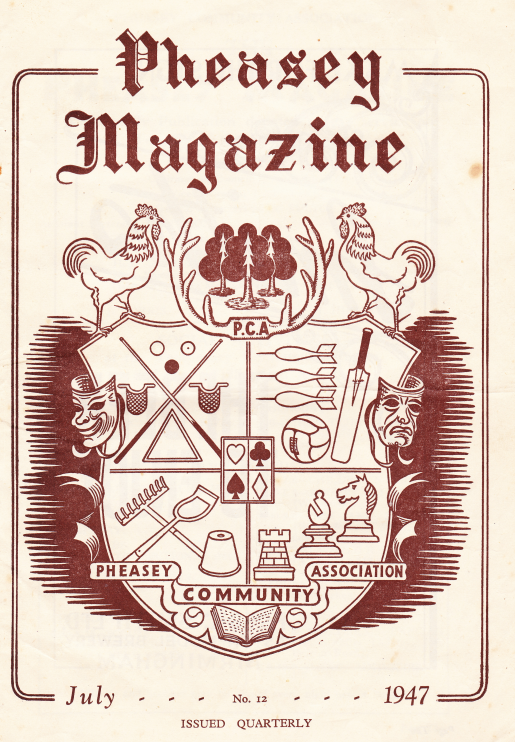 An original copy of the magazine was scanned and sent to us by a man from Wales called John Newton, whose father grew up in the Great Barr area. John moved from Pheasey to Wales in 1949 and his father kept the magazine as a memento as it was his design on the front cover. When his father passed away, he discovered a copy of the old community magazine and scanned it for preservation.

“On the death of my father, I found this magazine among his paperwork,” said John. “As a small child I can remember him working on the kitchen table to produce this cover. It’s obvious this magazine was special to my father for him to keep it.”

Believed to have first launched in 1944, the 1947 editions of the Pheasey Magazine were issued for free to the 1,800 tenants of Pheasey on a quarterly basis.

The Chairman during this era was Mr. J. T. Wright, owner of the Beacon Dairy Farm, who was said to have “a heart-interest in the welfare of the people”. 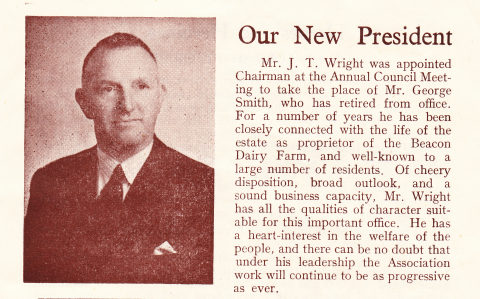 The Pheasey magazine was a mouth-piece for the community, focusing on events, gossip and humor. As well as featuring a section specifically for youngsters on the estate, it also included insightful editorial, educational articles and advertisements from some of the local businesses.

Page 1 of the 1947 July edition, for example, reveals some of the activities that took place at the Community Centre at the Old Barn on Hillingford Avenue. They included cinema clubs, dances and even a poultry club! 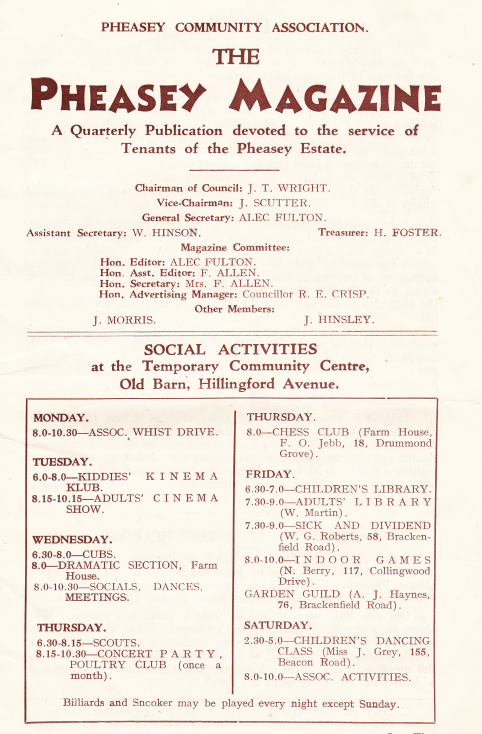 In this edition, we also learn of Carnival Day, which featured such delights as the Crowning of the Queen, a band procession, donkey rides and the Poultry Club show.

It’s a fascinating snap-shot of history from the Pheasey Estate, which can read it in full here.

Do you have any other copies of the Pheasey magazine tucked away? If so, get in touch and let us know.

It’s like a handy little Bible with everything in you could ever need. Our patients love to read it and we all use it.