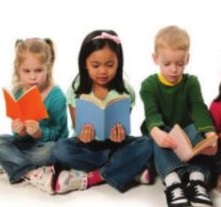 Do you remember what it was like the first time you visited a library as youngster – the rows upon rows of books with colourful covers?

Using your local library used to be a part of growing up, where you were introduced to the joys of the written word. With budget cutbacks and changes in reading habits, the traditional library is under threat – but a pioneering project in Walsall Wood is planning to change all that.

Called ‘The New Chapter’, a new community-based library is now taking shape thanks to the efforts of a team of like-minded volunteers.

Based in a former dance studio opposite the Baron’s Court Hotel in Walsall Wood, the library will be the latest addition to a venue which is fast becoming a new community hub for the area.

“The whole thing came about because the Navy Cadets decided to take on this big unit for their meetings,” said 41-year-old Lee Wadlow, one of the people behind the project.

“It’s a fantastic space, which used to be a dance studio, and the cadets realised it was much bigger than what they needed, so we decided to open it up for more community groups to use, to make sure it was used to its full potential and help cover the costs.”

After the cadets got their new home ship-shape, they have welcomed all kinds of new users. It is regularly used by play groups, a gaming club, a karate school and even a Spiritualist medium.

There are plans to eventually get a licence to hire out the venue, which has a capacity of 180 people, for events. An application for charitable status could also be on the cards.

But the ground-breaking plan to create a vibrant new library at the site will be a big step in making it a true hub for the whole community.

“It’s something that is needed,” Lee said, “and the response we have had from the community has been incredible.

“Beverley Ricketts, who is one of the team on the Action Group behind the project, raised the point that some children don’t own any books or have easy access to them.

“Because of cuts to library services and school funding, children are less likely to experience books in the same way as previous generations, and we wanted to do something to put that right.

“But it’s also about creating a more vibrant library environment, which is more fun, active and less stuffy. We want to have visits by authors, popular characters and storytellers. Some local teachers have also said they would like to get involved to support children as they discover the books.

“And, of course, we will also be catering to adults and older people to provide the books they would like to read. We want this to be a library for everyone.”

After appealing for help, hundreds of books of all kinds have been donated. Brownhills company Laptop Trader has donated computers while Aldridge’s Best Bind have provided rugs for the venue. Volunteers are building bookshelves. The New Chapter, which only a few weeks ago was suggested in a meeting, is now coming together thanks to a huge community effort.

“We had our first delivery the other day of 600 books – really great quality books too – and members of the public have donated hundreds more,” Lee said.

“There’s a very determined team of people behind this who really want to see it succeed. We decided at the start that we would form an Action Group, not a committee, because we wanted to get things done rather than sit around talking about what we could do.”

Lee hopes the community hub and library will help provide an outlet for the energies of young people in the area.

“People often say that there’s not enough for young people to do these days,” he said. “When I was a kid there were youth clubs that you could go to, where you could do things for free, meet your friends and generally find a more constructive thing to do with your time than walking the streets.

“We really hope that all of this will provide Walsall Wood’s kids with somewhere they can go like that, whether it’s through the Cadets, the library or one of the other groups that use the site.”

Plans for Walsall Wood’s new library has already been noticed in other communities, and Lee believes the idea could be repeated elsewhere.

“The social aspect of a community library can benefit all kinds of communities, from places like Walsall Wood to small villages,” Lee said. “If The New Chapter works here then it could be rolled out anywhere. Who knows, pretty soon we could be working on Chapter Two!”

I find it a really interesting and informative magazine and look forward to receiving a copy every 2 months.

You do a wonderful job. I wouldn’t be without the Pioneer Magazine.